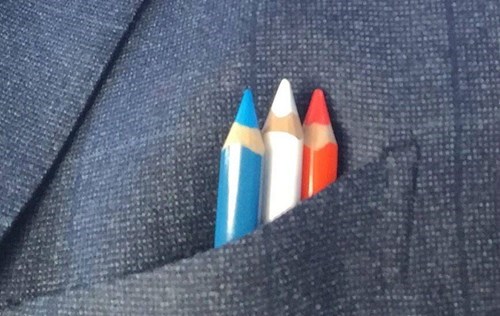 There were 3.7 million people at this weekend's anti-terrorism rally in Paris – the largest in French history.

One of those people was Albanian Prime Minister Edi Rama, who wore this simple, yet powerful symbol of solidarity in his jacket pocket.

Rama used to teach at the Academy of Arts of Albania and was an artist himself for years. As mayor of Tirana, he organized a mural project to transform Soviet-era ruins into colorful works of art. 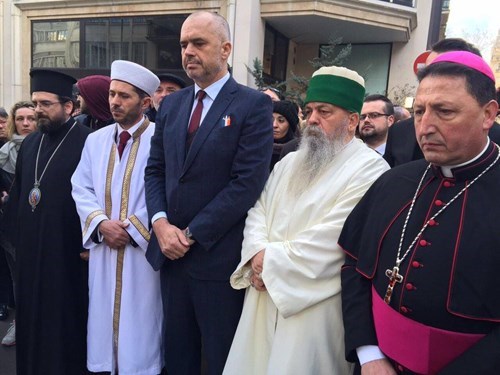