We Have So Much in Common! 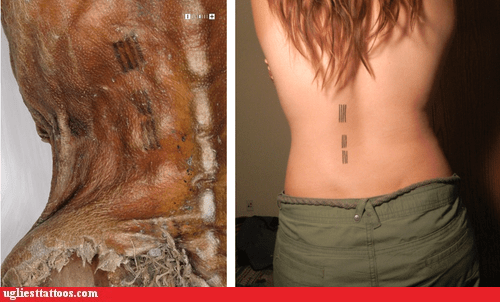 Owner of the tattoo sez: "On September 19th 1991 Otzi the Iceman was found in the mountains of Italy, thought to be a recent murder victim. Instead, he was discovered to be over 3,000 years old, mummified due to extreme cold. On his body were several charcoal tattoos that include parallel lines and various marks around his wrist and ankles; archaeologists believe these were thought to be medicinal for pain relief or arthritis.

On the very same day of this large archaeological discovery, I was born. Years later I would read a children's book about mummies and excitedly notice that my birthday was the same as his discovery."