According to this thread, Disney's strict policy that grants them exclusive ownership of any of their employees artwork also gives them the rights to any of the filth that those artists also end up creating as well. We hope Disney has a smut vault/porn cave, but it seems unlikely whether or not they would officially confirm the existence of such a thing. Tumblr has come through with some weird cartoon lore, like this dark thread on Garfield. Tumblr users also share some pretty incredible experiences, like this pizza deliverer who made a list of all the insane people she met. 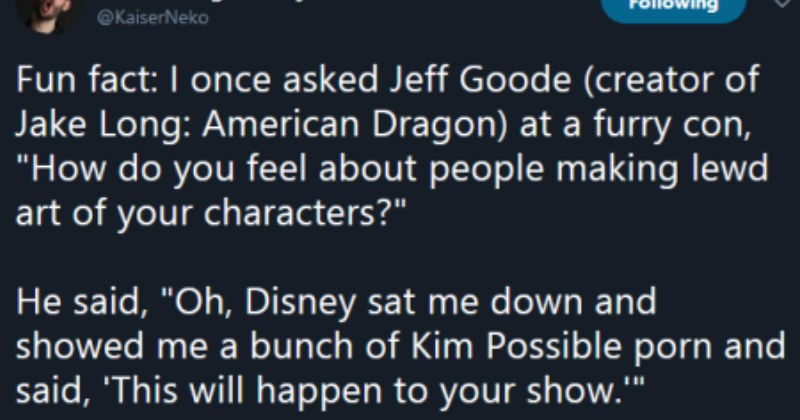