So it started with a goofy observation on ants getting your attention, and then someone gave it some more thought and re-characterized this whole thing as you taking on the God role in an ant war. A simple story prompt or small idea can spin into a whole thing, like this Tumblr thread about wildlife fighting off an alien invasion or this short story about lies making scars. For short bursts of creative weirdness  here a bunch of Tumblr gems to keep the day moving. 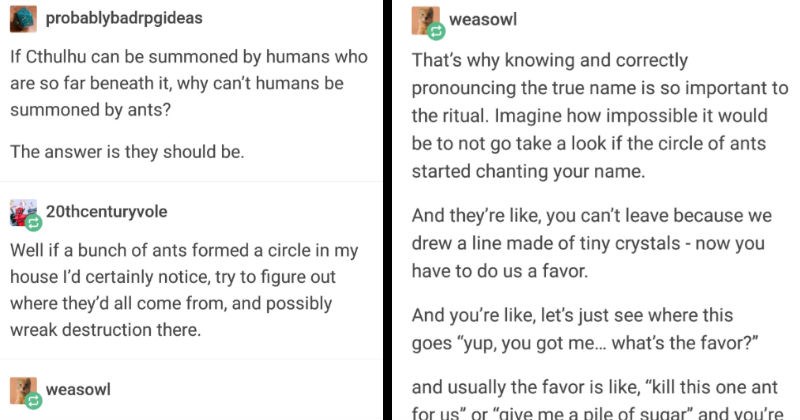