Shaun White's taking some heat on Twitter following his Gold Medal victory at the Winter Olympics this year, for his past behavior with an old band mate Lena Zawaideh. White allegedly sexually harassed her, and forced an "authoritarian management" style over her for years because he was the band's financier.

Shaun White Has the Best Dogs, Pack it Up 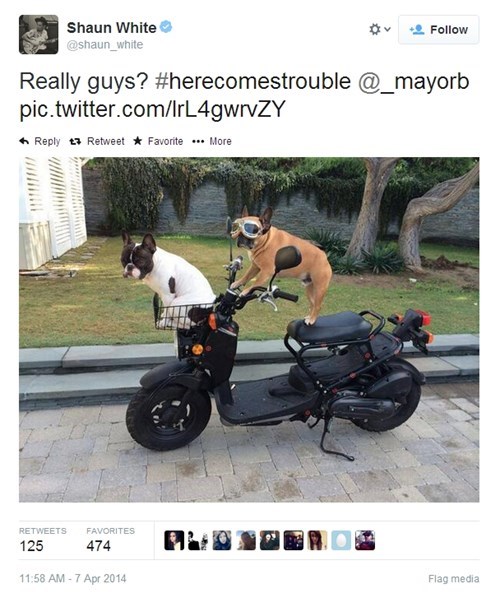 There was a problem rendering this video - it may have been deleted.
By Unknown
Repost
Recaption
Comments
The Daily What
Favorite

Sochi 2014 of the Day: Bad Lip Reading of Shaun White Dropping Out of Slopestyle