Sean Hannity teed this one up for the hungry pack of Twitter trolls and memelords alike, such that it's almost too good to be true. He had to have known we were going to pounce on the opportunity to make a mockery of his equally ridiculous and irrationally self-righteous conspiracy board. 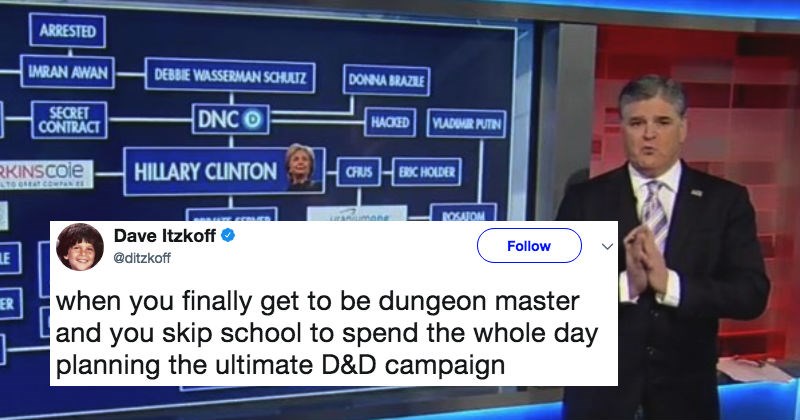 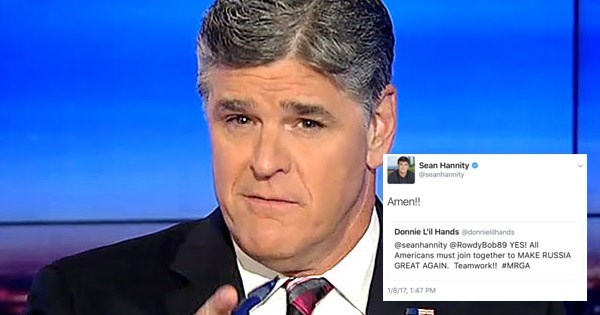 Retweets are not necessarily endorsements, especially if you're not reading them.

Fox News’ Sean Hannity is one of Donald Trump’s biggest media supporters, so it shouldn’t come as too much of a surprise that he’s got a very quick Twitter finger. Too fast, perhaps.

I guess Hannity should’ve read the tweet a little closer because he lives in America and wants America to be great again. It can be very confusing these days.