In what has been described as possibly more damage done to the Scots language than by anyone else in history, it turns out tens of thousands of Wikipedia articles supposedly in the Scots language were done by a random kid as a joke. It's wild that anyone would be so committed to this, but also insane that it could go on for so long. What a time to be alive. 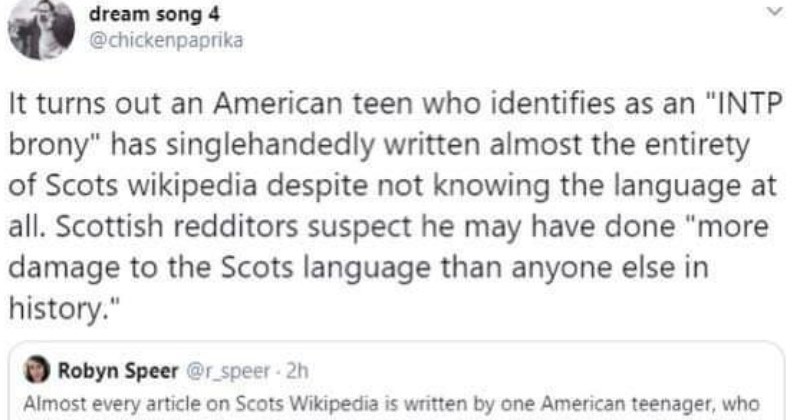 Get your fill of all things awesome on WIN!