Tumblr Thread: Why No One on The USS Enterprise Has Pockets

Leave it to Tumblr to ask incredibly specific questions about the world of Star Trek and then rationalize the living hell out of them. It's kind like the time Tumblr had questions about gay Klingons. Tumblr asks interesting questions that make for good sci fi, like this thread about an alien invasion fought off by wildlife. 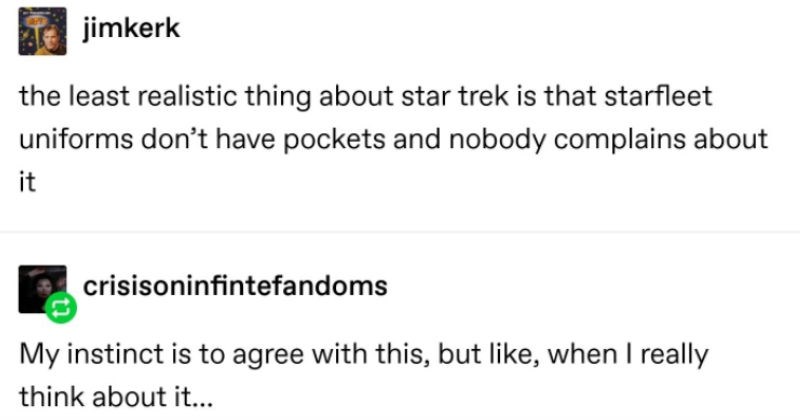