The Most Insane Moments And Tweets From Jeff Sessions' Hearing

Attorney General Jeff Sessions stepped before the House Judiciary Committee to be ruthlessly grilled on the Trump campaign's contacts with Russia and Republicans. The following wave of equally ridiculous and outright alarming tweets capture the nature of the event, as it's been unfolding. Let's just say the dude's having a real hard time recalling just about anything... 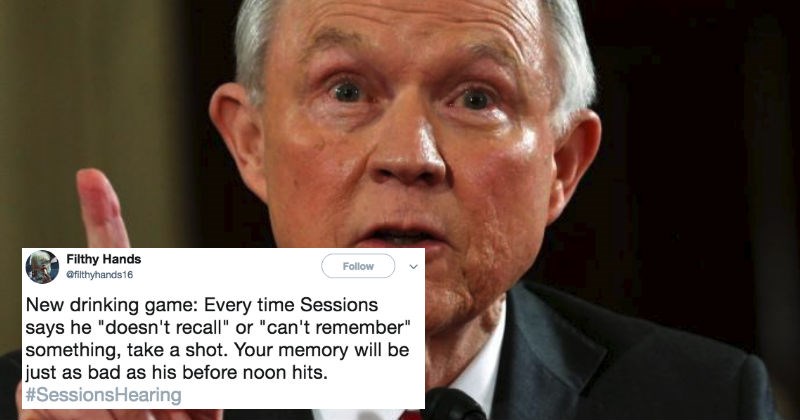 That nightmare who escaped your dreams and was confirmed as United States attorney general, Jeff Sessions, had a rough week. How else would you describe getting caught lying under oath about meeting with Russians? I would describe it as perjury.

So it was nice of Saturday Night Live to bring some southern gentility to the scandal. Here, they put Jeff Sessions in the role of Forrest Gump, a man who proves anything is possible if you're a white man. I guess this would be charming, if you weren't so dang fishy.