Drake brought his trolling moves out in full force for Game 1 of the NBA Finals, when the Toronto Raptors squared off against the Golden State Warriors. Drake already has a notorious reputation for being a sideline sh*t starter when it comes to messing with the NBA players. In this case, he's gone to a new extreme, and is offering up an alleged piece of Steph Curry's hair lint to the highest bidder on eBay. 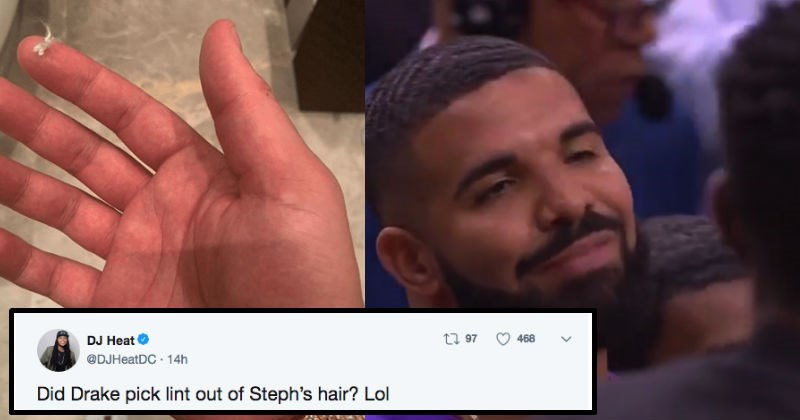 Entitled Man Demands Textbook, Has No Idea He's The Problem