Tumblr Thread: Darth Vader is the Queen of Drama

Vader will do anything for drama. He'll turn off his own life support, stand on top of a god damn tie fighter, and make double puns while choking an employee. These Tumblr users are pretty sure there's nothing he won't do for the sake of drama. For another interesting Star Wars thread, here's an informative and funny Tumblr thread on exactly what Han Solo was smuggling. 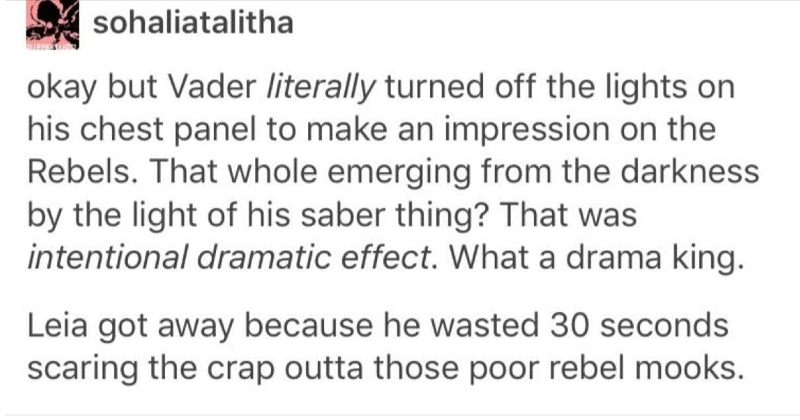 View List
Repost
Recaption
Comments
There, I Fixed It
Favorite 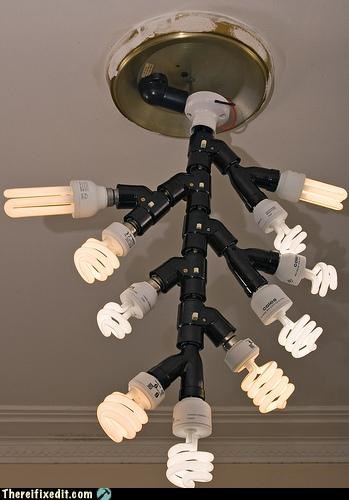