If You Cry into the 'Nog, Nobody Will See Your Tears! 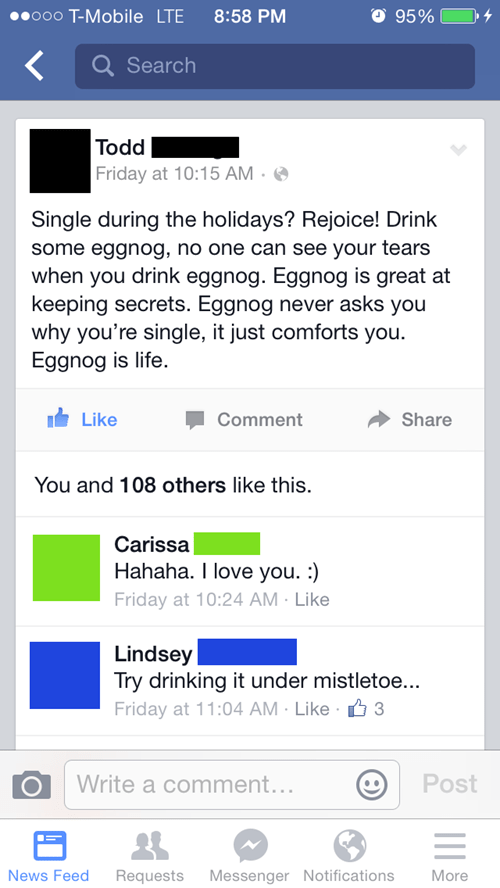 How To Go From the Friend Zone to a Felony

What Not to Do at Your Holiday Party: One Man Downed a Carton of Eggnog in 12 Seconds, and it Only Cost Him Three Days in the Hospital! 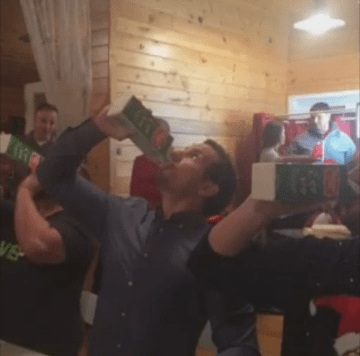 Roche, 33, said he shaved 10 seconds off the previous best time of 22 seconds that day, earning him bragging rights and a $50 gift certificate to Ruth's Chris Steak House. But the glory was short-lived: Later, at home, he started to feel sick.

"Two hours later I was laying on the couch, shaking uncontrollably, nauseous, having fevers and panting," said Roche, who works in sales.

This week on My Drunk Kitchen, Hannah has some difficulties with gingerbread architecture and cats.