There was no way of knowing this puggle would try to take down 8 inches of pure steak fat in one go. Maybe in his old age he got cocky, or he was having too good a time to care. Anyway, the story has a happy ending after the double sided foible of feeding too much fat to a dog who doesn't know how to eat. If you liked this, here's a funny story about a dog licking doors. 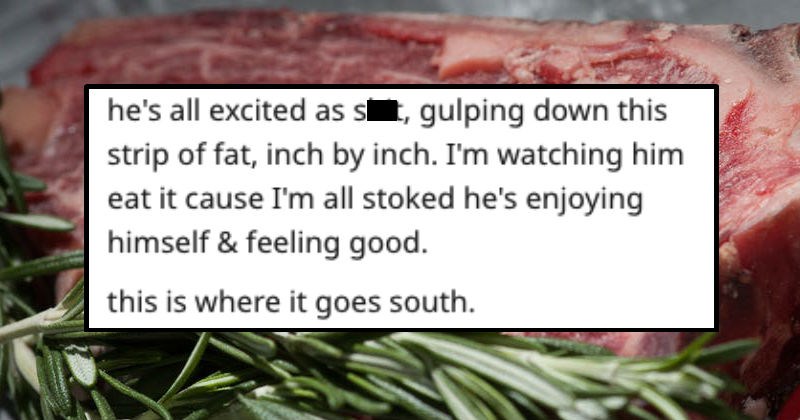 Mia the Beagel isn't interested in your little dog and pony show, ok? She might've be running in the agility competition at the Westminster Dog Show on Saturday in New York, but that doesn't mean she gives a shit. She'll finish the course when she's ready.

"Don't be a beagel," recommends the commentator.

Um... excuse me? We're talking about Mia, and while she might not be all beagel — I doubt she's a pure breed — she's definitely all dog, you chump.

So, don't be surprised if she needs to stop to sniff at her butt or just stare off into the crowd. She's curious, and she doesn't care who the f knows it.

Muscular Robot Is the Beginning Of The End for the Everyman