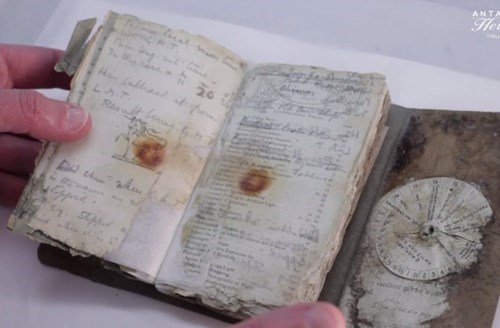 These are the photographs and journal of George Murray Levick, who traveled with Captain Robert Falcon Scott (greatest name ever) on the ill-fated south pole expedition.

Levick was one of six men in Scott's Northern Party, who summered (1911-1912) at Cape Adare and survived the winter of 1912 in a snow cave when their ship was unable to reach them. Levick was not part of the team that accompanied Scott on his doomed quest to be the first to reach the South Pole.

After an arduous two-and-a-half month trek, Scott and his crew did make it to the South Pole on Jan. 17, 1912. But they discovered that the Norwegian explorer Roald Amundsen had beat them to it. Scott and his team died on the way back to their base, faced with a blizzard and dwindling supplies.