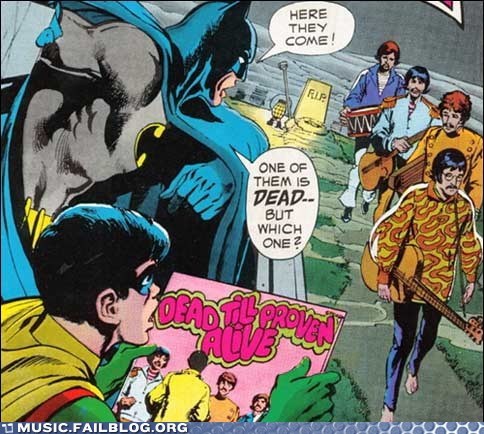 This is from an actual 1970 Batman comic book, in which the Dark Knight takes on the "Paul Is Dead" conspiracy theory. Unfortunately, DC couldn't legally write The Beatles into their story, so instead they substituted a fictional band called the "Oliver Twists," formed by bandmembers "Glennan," "Saul," "Hal," and "Benji."

But wait - it gets better.

Batman thought that the "Saul" character was an imposter, but a startling plot twist revealed [SPOILER] that "Saul" was the ONLY real band member. The other three were stand-ins for the original "Glennan," Hal," and "Benji," who had died in a plane crash en route to "groove with the mysteries of the East." It's a complicated story, but eventually the comic-book version of Paul went on to form the comic-book version of Wings. And they considered that a happy ending.

We Are All Made of Stars 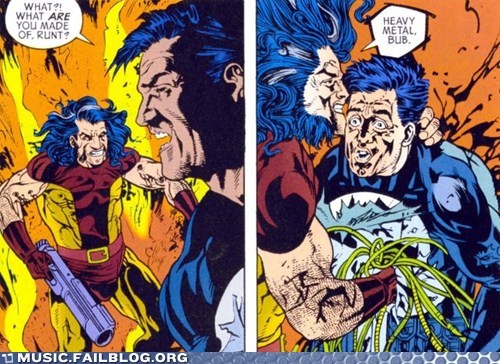 Do You Have What It Takes to Be An Hero?