Controversy of the Day: Hallmark Recalls Gift Wrap with Swastikas 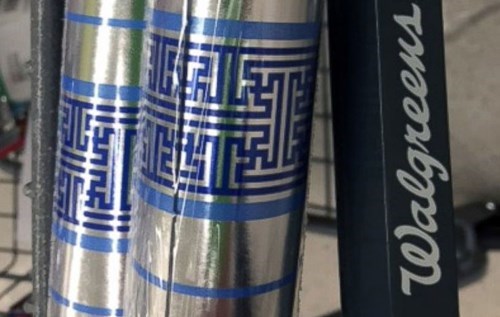 Looking for some hate-filled paper to gift wrap that Hitler teapot you bought last year for your special neo-Nazi someone?

Hallmark has pulled one of its gift wrap designs from stores after complaints that the interlocking lines in the pattern resembled swastikas. A woman in California spotted the paper in the Hanukkah section of a Walgreen's.

"We apologize for the oversight and apologize to anyone who was offended. That obviously was not our intent," said Hallmark spokeswoman Julie Elliott. "It was an oversight on our part to not notice the intersecting lines that could be seen as a swastika pattern."

The design, she said, was originally based on the pattern from a Chinese vase.