All signs right now point to the fact that Jerry Jones would appear to be one of the rare people out there who stubbornly continues to hold out hope for Tony Romo. During his appearance on 105.3 The Fan on Tuesday he said the Cowboys haven't made a decision about Romo yet, but that he believes Romo is yet destined to be in a Super Bowl in the near future. 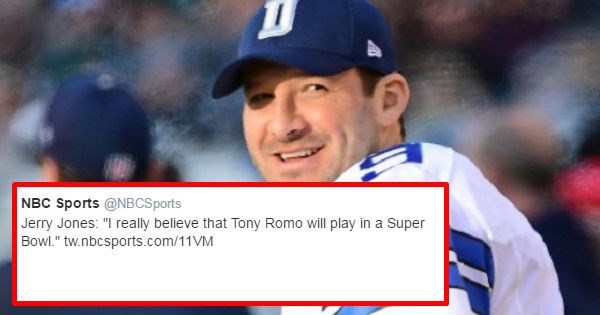