The Green Lantern is Gay, Ryan Reynolds Assures People That He is Not 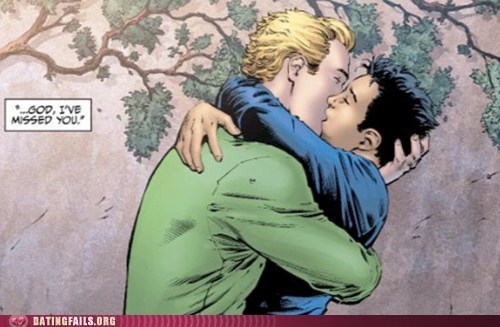 After a fair amount of build-up, DC Comics released their rebooted (and decidedly more fabulous) Green Lantern as the first openly gay superhero. Hilariously, the original alter-ego of the Green Lantern, Alan Scott, had an an allergy to wood that (equally hilariously) has been done away with upon his coming out.

The foundations of morality as we know it continue to hold, but I'm sure this is just the first step in bringing them crumbling down. Either that or this is just a byproduct of mainstreaming a completely acceptable way of life that will have little to no effect on the way straight people view their relationships. Good on you, DC.