Dating Isn't Easy for Donald Trump Supporters, Luckily There's a Site for That

A website called trumpsingles.com wants to help match all those Donald Trump supporters struggling to find a date. The site was created by lifelong Republican, David Goss. Inspiration for TrumpSingles was first sparked when his friend (Trump supporter) told a story of a date where she revealed her political stance to a male Hillary Clinton supporter and he immediately bailed, leaving her with the check. Over 500 Trump supporters have joined the dating site since its launch in May. 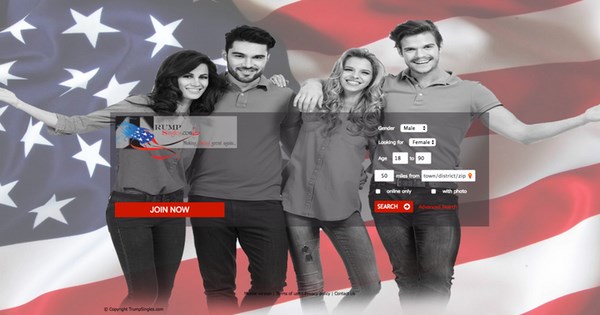