Not the Best Time for That, Siri

This is actually part of controversy that's been ongoing for several days now. Some women's health advocates are claiming that Siri doesn't provide adequate information for abortion clinics and birth control, while Apple and its supporters claim that Siri's answers are not intentional but only a weaker aspect of its programming.

There are several ways to look at this issue (you could argue that it's important to provide full information on options for health services, or you could say that Siri's still in beta mode and can't be expected to cover everything yet), but since you're here to laugh, we'll defer to looking at it though the sweet satire-coated lens of Stephen Colbert.

How Fascinating! Tell Me All About It 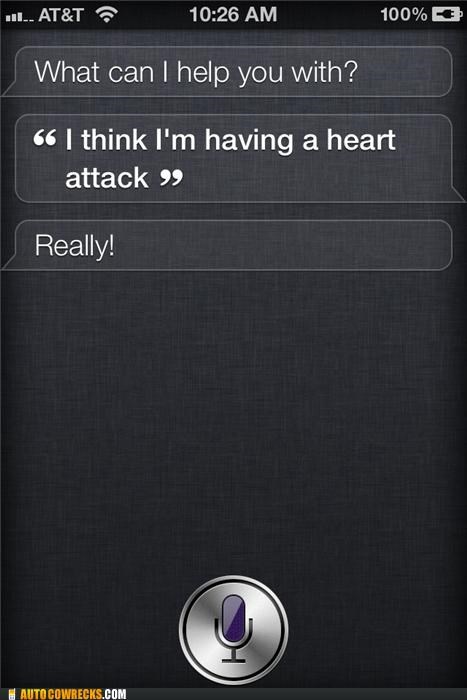 Whenever someone's having a heart attack, the first thing to do is hold an engrossing conversation with them. Act intensely interested in everything they say, because they're likely doing it for attention.