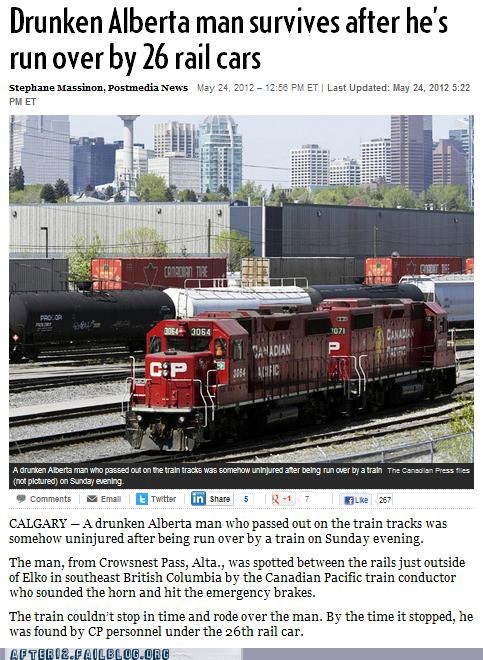 Apparently, the man was rather small in stature to begin with (which means he probably can't hold his liquor, which explains why he passed out on train tracks). Because of this, he fit in the gap between the track surface and the train cars. After the train stopped, Canadian Pacific railway personnel found him under one of the rear train cars, after which he promptly got up and just continued on his merry way. Miraculous, eh? 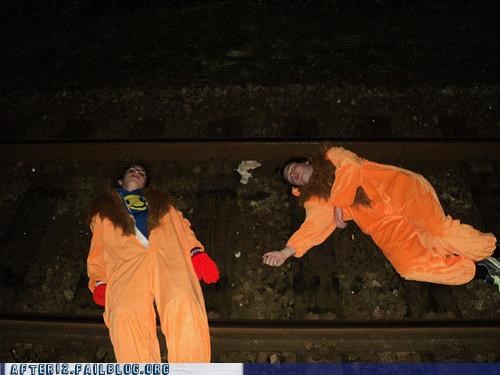