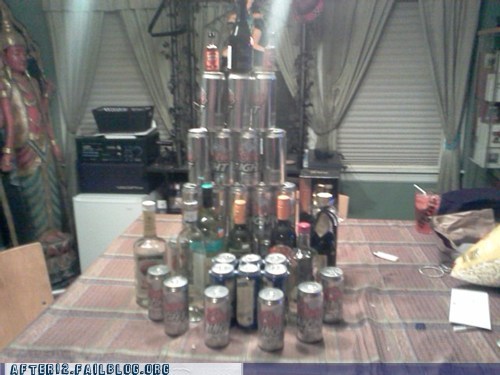 In biblical times, man attempted to build a tower to Heaven, calling it the Tower of Babel. As punishment, God confused the languages of man, so they could no longer communicate to finish the tower (hence, the term "babbling" to describe someone who isn't making sense). Then, mankind got a hold of Google Translate and Rosetta Stone, so God's plan was f*ed. God then went to Plan B, and gave mankind alcohol. Checkmate.