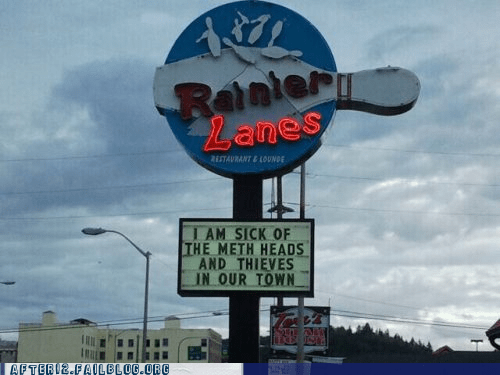 "Spare us from your crap, you bastards!"

In case you're not up to speed on the quandaries of the Québécois, Montréal is in the midst of a massive student strike. The Quebec government has proposed tuition increases for schools that have angered many Canadians (yes, that's actually possible). So, what better way to commemorate the 100th day of protesting than by releasing a beer? The red square pictured on the bottle is the de facto icon of the movement, symbolizing that students will be "squarely in the red" should the tuition increases pass.

Also, the beer's name is French for "nightstick", quipping at the supposed instances of police brutality. Instead of reading "Au goût du jour" ("taste of the day"), the slogan is "Au coup du jour" ("hit of the day"). Thanks to redcoyote81 for the translation!